Last month, the Australian Bureau of Meteorology confirmed that we’re up for a ‘triple dip’ La Niña. This La Niña phase is likely to have already peaked and is expected to return to normal conditions by early next year. While the occurrence of two consecutive La Niña winters in the Northern Hemisphere is common, a Southern Hemisphere ‘triple dip‘ La Niña lasting three years in a row has only happened twice since 1950. This article explains what La Niña is and what it means for investors. 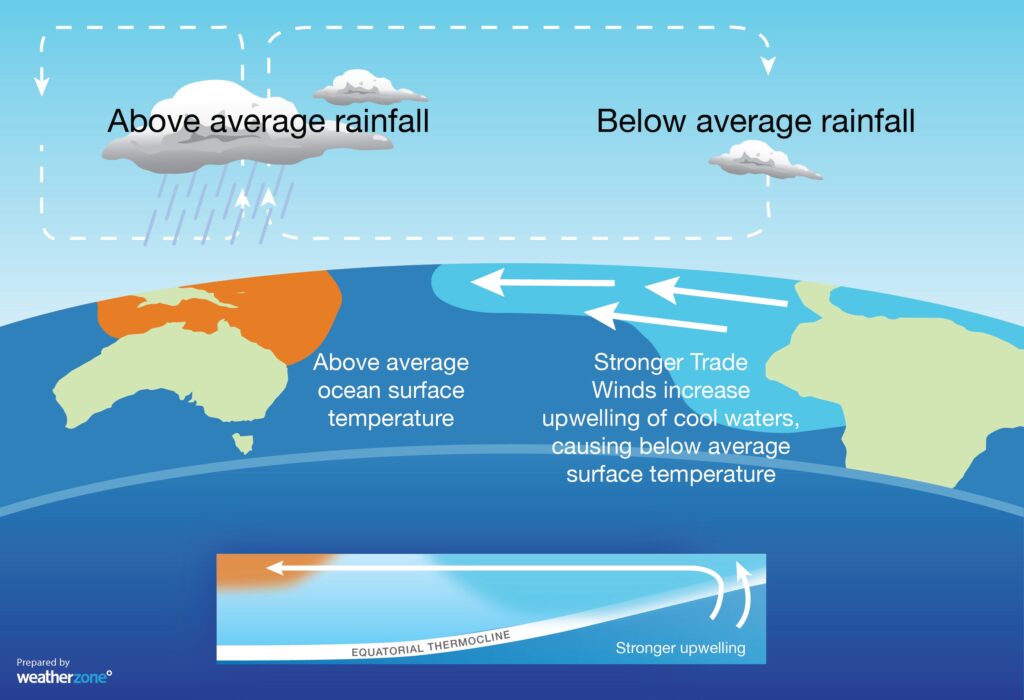 What is La Niña?

La Niña is a natural phenomenon that causes warmer waters in the western Pacific causing a change in atmospheric pressure creating more cloudiness and rainfall in Australia. Australia’s last La Niña event in 2010 lasted for two years and contributed heavily to the catastrophic flooding in Queensland which affected over 2.5 million people. Intangible costs such as, deaths, injuries and mental health issues, associated with the Queensland floods were estimated to be as large as the tangible costs, at an estimated $7.4 billion dollars and $6.7 billion dollars, respectively.

To make things even more complicated, it is not only La Niña that is affecting Australia’s climate, but there are two other climatic forces amplifying the effects of La Niña which are the Indian Ocean Dipole (IOD) and the Southern Annular Mode (SAM).

While climate change is not linked to the cause of ‘triple dip’ La Niña, climate change has contributed to the severity of extreme weather events and in turn exacerbates the effects of La Niña resulting in increased rainfall, causing more damaging floods and even increasing cyclone severity.

The Bureau of Meteorology says that Australia’s entire east coast faces an increased risk of flooding during La Niña, which explains the recent riverine floods in mid-October. This October was the wettest October on record for NSW as well as the Murray-Darling Basin, breaking the 1950 records. The wettest site in the country was Gray in north-east Tasmania recording 543.6mm. Along the Murray River, the SES says the flood risk is ‘far from over’, with the river peaking at 94.98 metres above sea level in Echuca. 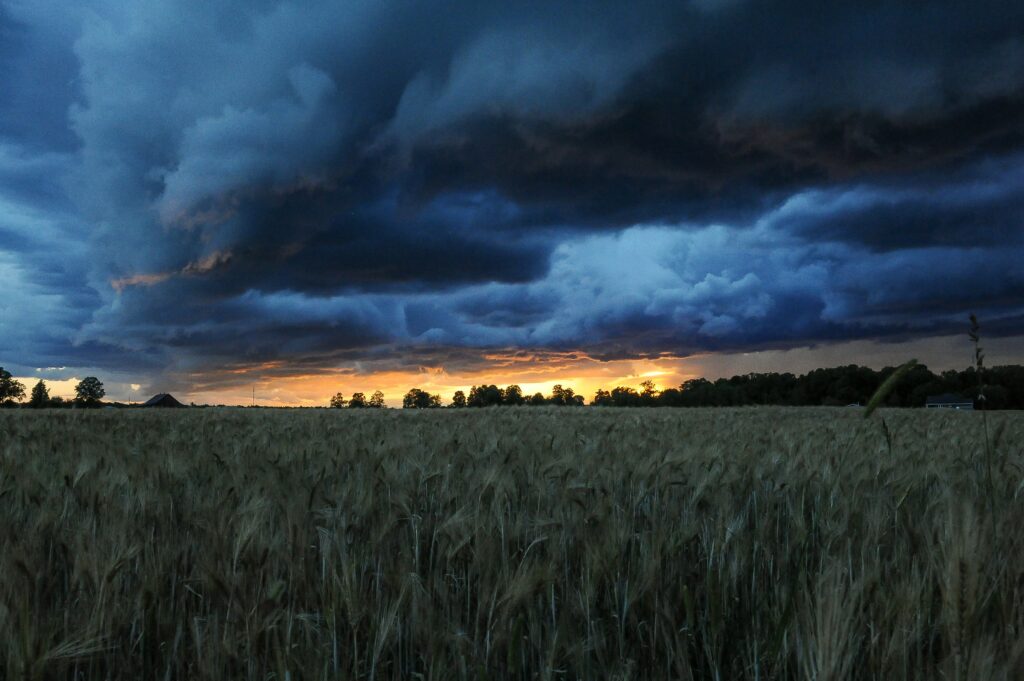 So, what does La Nina mean for me?

In 2020, Curtin University, the University of Melbourne’s Centre for Disaster Management and Public Safety, and Ghent University in Belgium analysed 47 major floods and 36 major bushfires in Australia. Their research found that floods had the most damaging and far-reaching effects on the economy. Due to the flooding across the country’s south-east, the budget estimates that economic growth will decline about quarter of a percentage point during the current quarter, or about $5bn in economic activity.

Floods are a negative supply shock as production is disrupted and public infrastructure, homes, cars and business assets are damaged. In terms of demand, spending is initially delayed but then increases as the disruptions ease and the repair and replacement of damaged assets begins. While production and consumption spending generally bounce back fairly quickly, the repair and rebuilding of damaged public and private assets is often spread over a number of years. This reflects the time it takes to plan new building projects and to reassess risks in terms of the location and resilience of homes and infrastructure.

The price effects associated with floods are most pronounced in the short term, with a significant rise to the current cost-of-living expenses as grocery prices increase due to flood damaged agricultural land in Victoria, NSW and Tasmania. Preliminary analyses have found that the October floods alone will add 0.1 percentage points to inflation in both the December and March quarters.

For farmers in areas most affected (NSW, parts of South Australia and Queensland), La Niña will likely have a huge impact on what has otherwise been predicted to be a bumper harvest due to high spring rainfall – in early December, the Australian Bureau of Agricultural and Resource Economics and Sciences (ABARES) predicted Australia’s winter crop production to reach a national record of 58.4 million tonnes, due to favourable spring conditions.

Farmers usually welcome La Niña with open arms, given plentiful rainfall can boost production and profits. But with the triple La Niña phase, the heavy and prolonged rainfall are able to damage fruit and delicate harvests.

For the grains industry, the bumper grain crop predicted for 2021 has already been downgraded in areas like New South Wales due to flooding, with losses expected to be in the billions. Not only the drop in quality but flooding also caused by La Niña are able to wash away entire fields and damage roads and other infrastructure. By contrast, the beef industry in Queensland relies on grass, so a La Niña summer with above average rain can increase pasture growth and regeneration as well as cattle weight gain and market prices.

How do we prevent losses due to flooding?

New technologies are needed to reduce flood impacts. For instance, a new study by University of South Australia recommends designing permeable pavements that suit local rainfall and soil conditions. Pavements are designed to allow rainfall to infiltrate through their surface, storing water in the base for later use, and reducing the strain on stormwater drains. As the triple La Niña has already pushed dams and rivers to their limits, this pavement could reduce urban flooding by up to 50 per cent.

Mitigation and adaptation strategies are needed to protect farming communities from damaging floods and to secure Australia’s food supply. Strategies can include structural interventions like floodgates which control river flow and also nature-based solutions such as restoring wetlands which store water and slow water flow.

La Niña’s increased rainfall causing devastating floods has highlighted the need for better adaptation and planning strategies to mitigate the impact of floods on Australian communities. The unprecedented environmental and economic costs from La Niña should be motivation for investment not only in flood solutions, but an opportunity to prepare for the socioeconomic risks posed by severe weather.

Stay updated on the latest sustainable finance research by joining Altiorem, a community built, freely available library that supports its members to create a sustainable and ethical financial system.